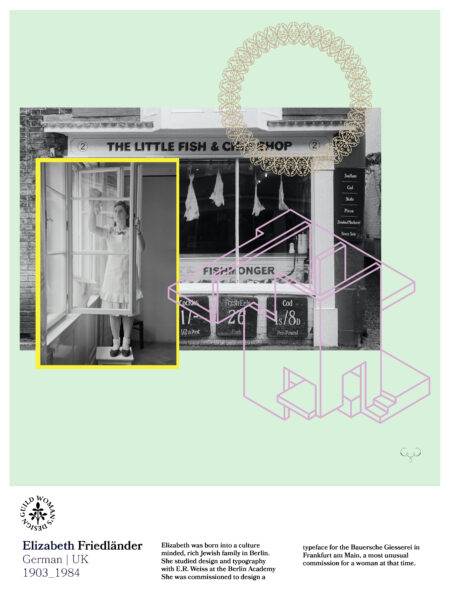 Elizabeth Friedlander (née Friedländer) was born into a culture minded, rich Jewish family in Berlin. She studied design and typography with E.R. Weiss at the Berlin Academy. She was commissioned to design a typeface for the Bauersche Giesserei in Frankfurt am Main, a most unusual commission for a woman at that time.

The usual practice of naming a typeface after the last name of its designer could not happen in her case, because Friedländer was recognizable as a Jewish name, so it was decided to name the typeface “Elizabeth.” Her typeface “Elizabeth” was first cut by the Bauersche Giesserei in 1938.

Georg Hartmann writes that the typeface is one of the best and most beautiful ones ever produced. It is particularly loved by private presses and for printing jobs that require a delicate touch.