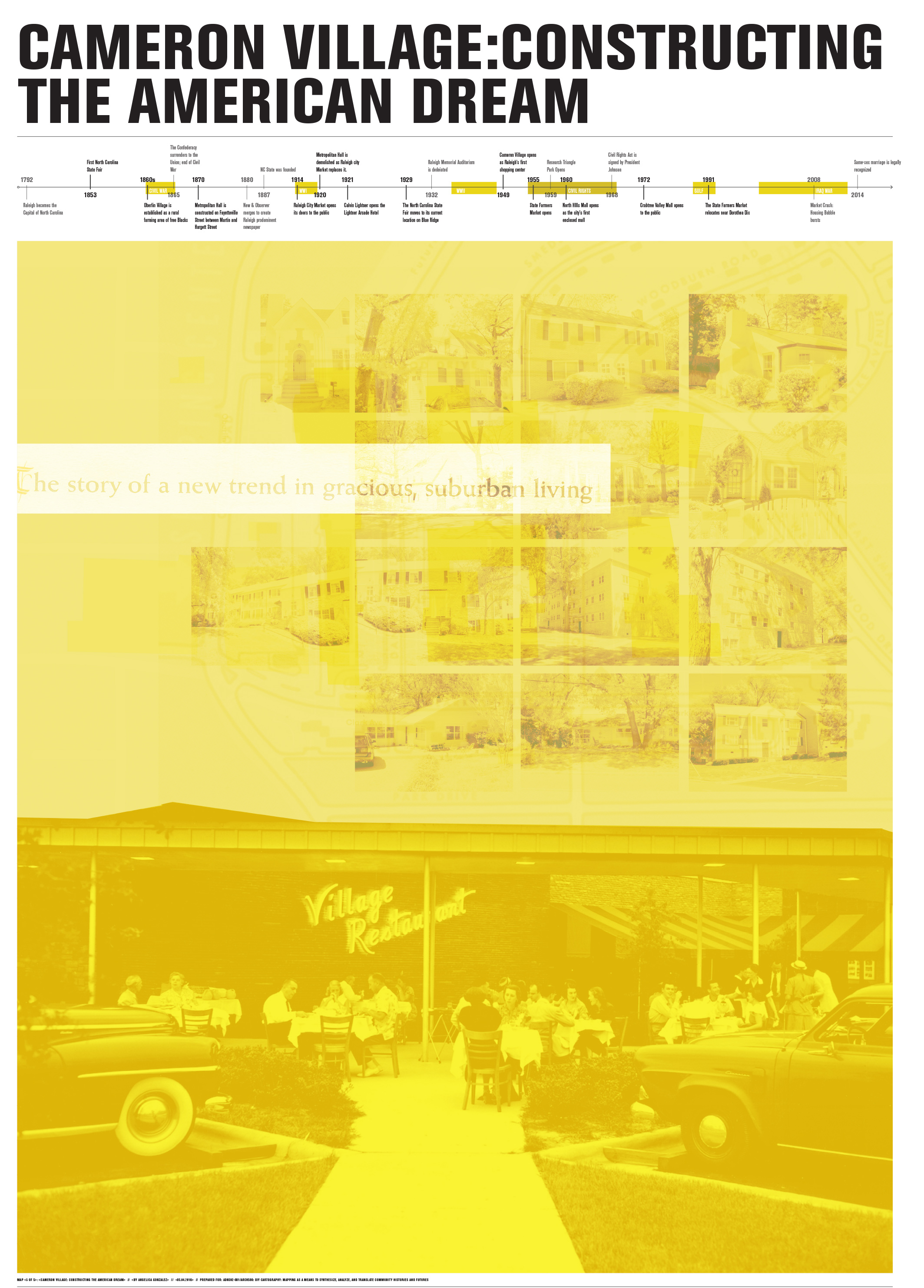 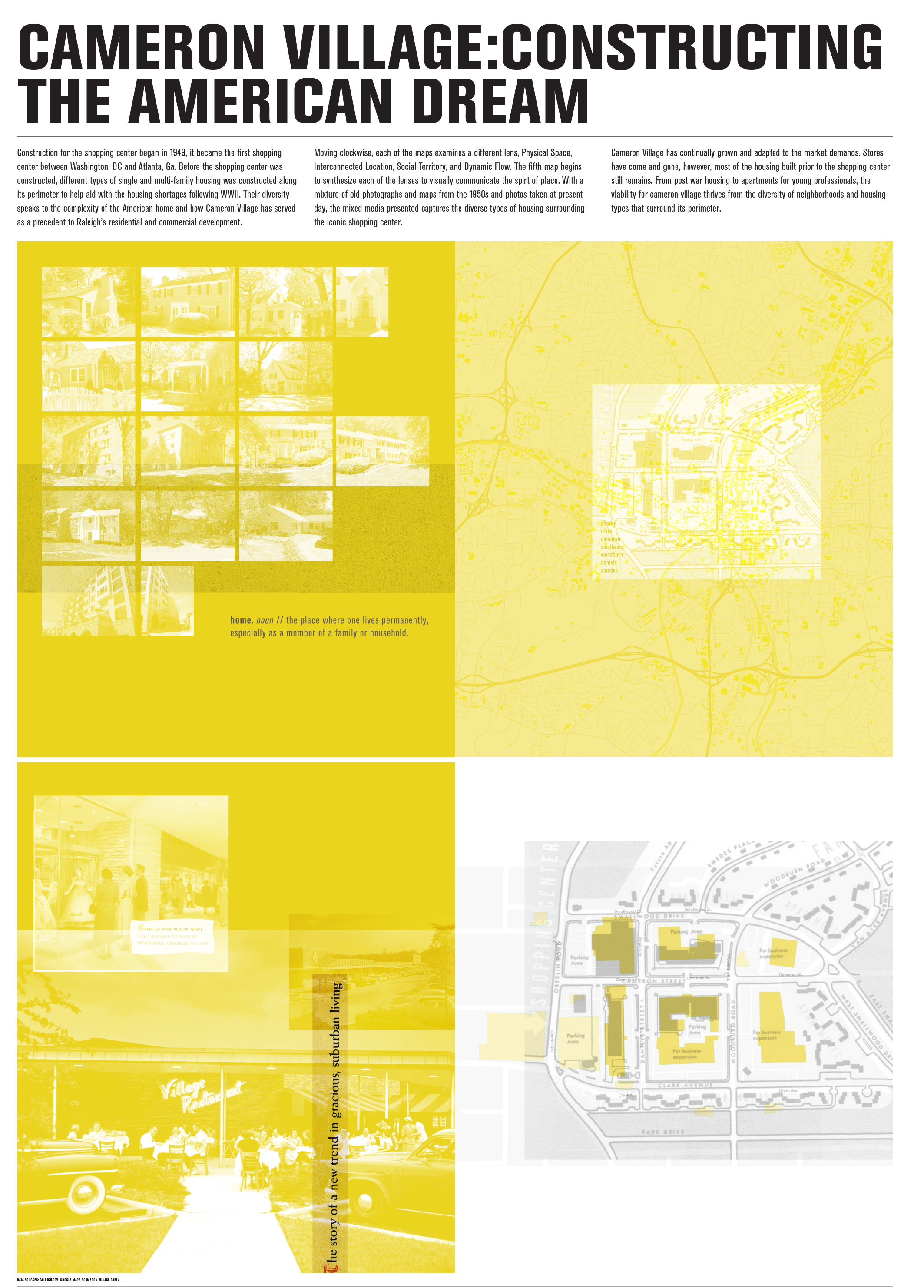 When construction for Cameron Village began in 1949, it became the first shopping center between Washington, DC and Atlanta, GA. Before center was constructed, different types of single and multi-family housing were constructed along its perimeter to help with the housing shortages following World War II. The diversity of the housing speaks to the complexity of the American home at the time and how Cameron Village has served as a precedent to Raleigh’s residential and commercial development.

In the quad map series, moving clockwise, the maps present four different lenses: physical space, interconnected location, social territory, and dynamic flow. The fifth, and single map, begins to synthesize each of the lenses to visually communicate the spirt of place. With a mixture of old photographs and maps from the 1950s and present day, the media presented captures the diverse types of housing surrounding the iconic shopping center.

Cameron Village has continually grown and adapted to the market demands. Stores have come and gone, however, most of the housing built prior to the shopping center still remains. From post-war housing to apartments for young professionals, the viability for Cameron Village thrives from the diversity of neighborhoods and housing types that surround its perimeter.