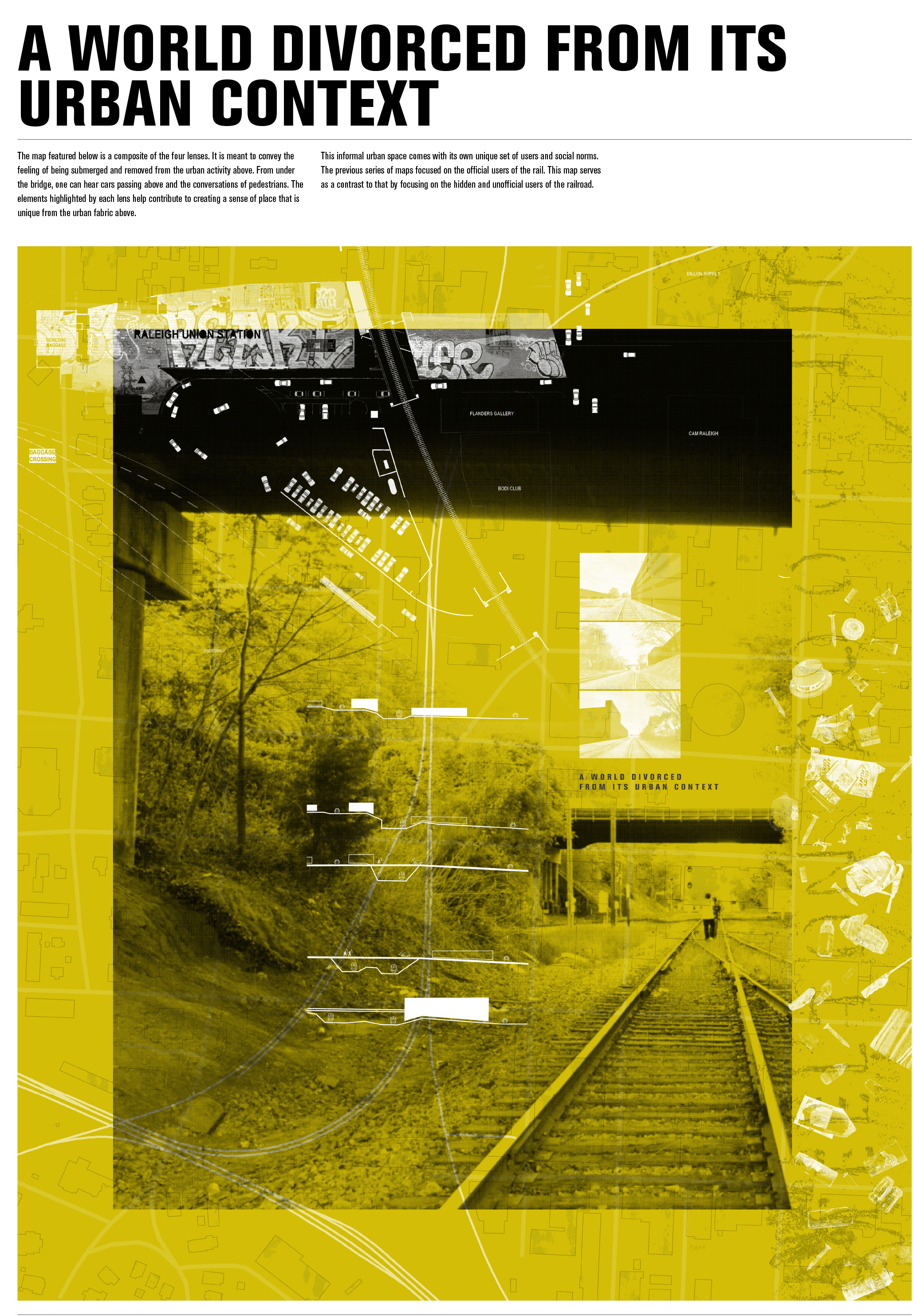 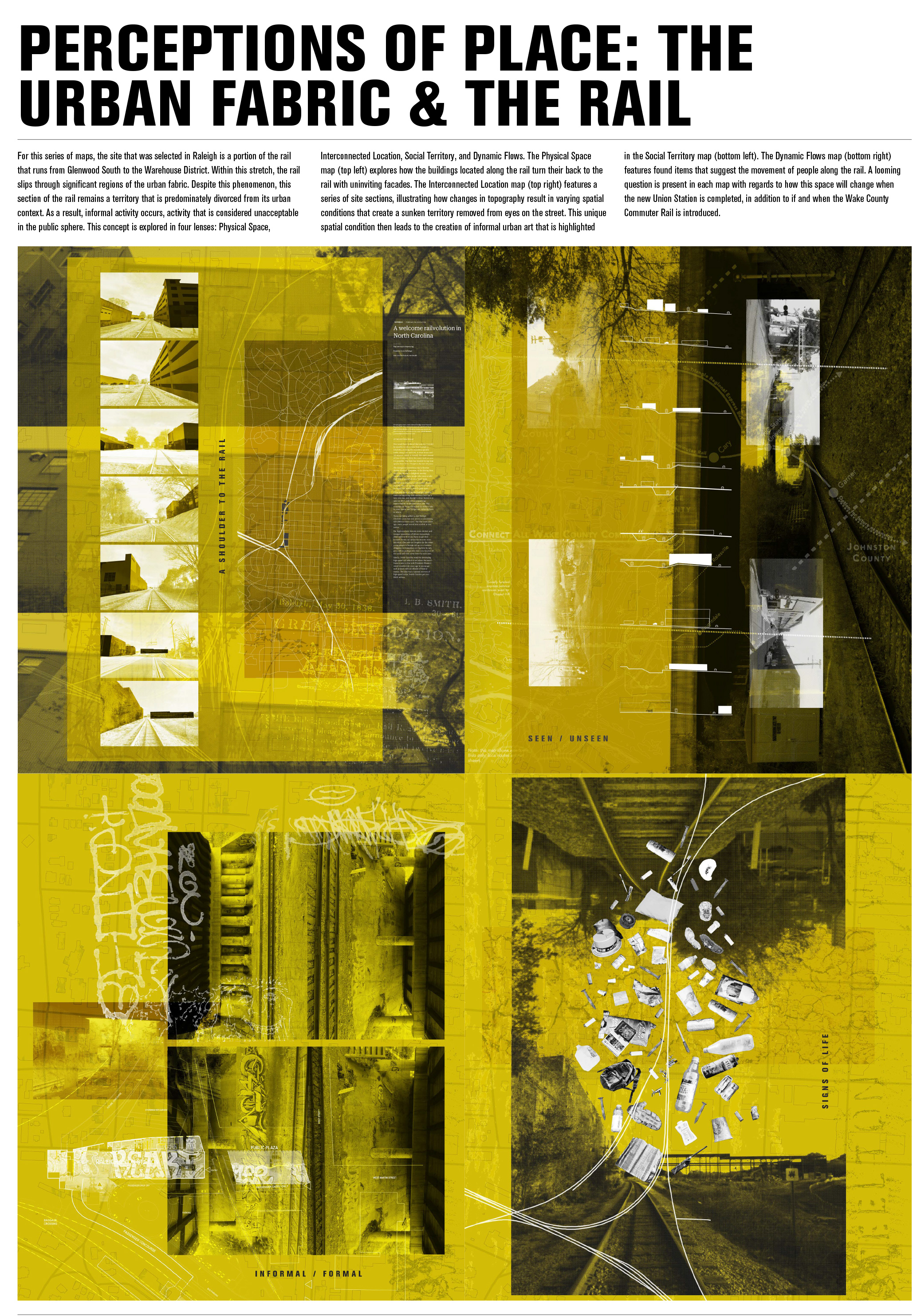 PERCEPTIONS OF PLACE: THE URBAN FABRIC & THE RAIL

For this series of maps, the selected Raleigh location is a portion of the rail that runs from Glenwood South to the Warehouse District. Within this stretch, the rail slips through significant regions of the urban fabric. Despite this phenomenon, this section of the rail remains a territory that is predominately divorced from its urban context. As a result, informal activity occurs, activity that is considered unacceptable in the public sphere. This concept is explored in four lenses: Physical Space, Interconnected Location, Social Territory, and Dynamic Flows.

The Physical Space map (top left) explores how the buildings located along the rail turn their back to the rail with uninviting facades. The Interconnected Location map (top right) features a series of site sections, illustrating how changes in topography result in varying spatial conditions that create a sunken territory removed from eyes on the street. This unique spatial condition then leads to the creation of informal urban art that is highlighted in the Social Territory map (bottom left). The Dynamic Flows map (bottom right) features found items that suggest the movement of people along the rail. A looming question is present in each map with regards to how this space will change when the new Union Station is completed – if and when the Wake County Commuter Rail is introduced.

A WORLD DIVORCED FROM ITS URBAN CONTEXT

This map is a composite of the four lenses. It is meant to convey the feeling of being submerged and removed from the urban activity above. From under the bridge, one can hear cars passing above and the conversations of pedestrians. The elements highlighted by each lens help contribute to creating a sense of place that is unique from the urban fabric shown in the quad series of maps.