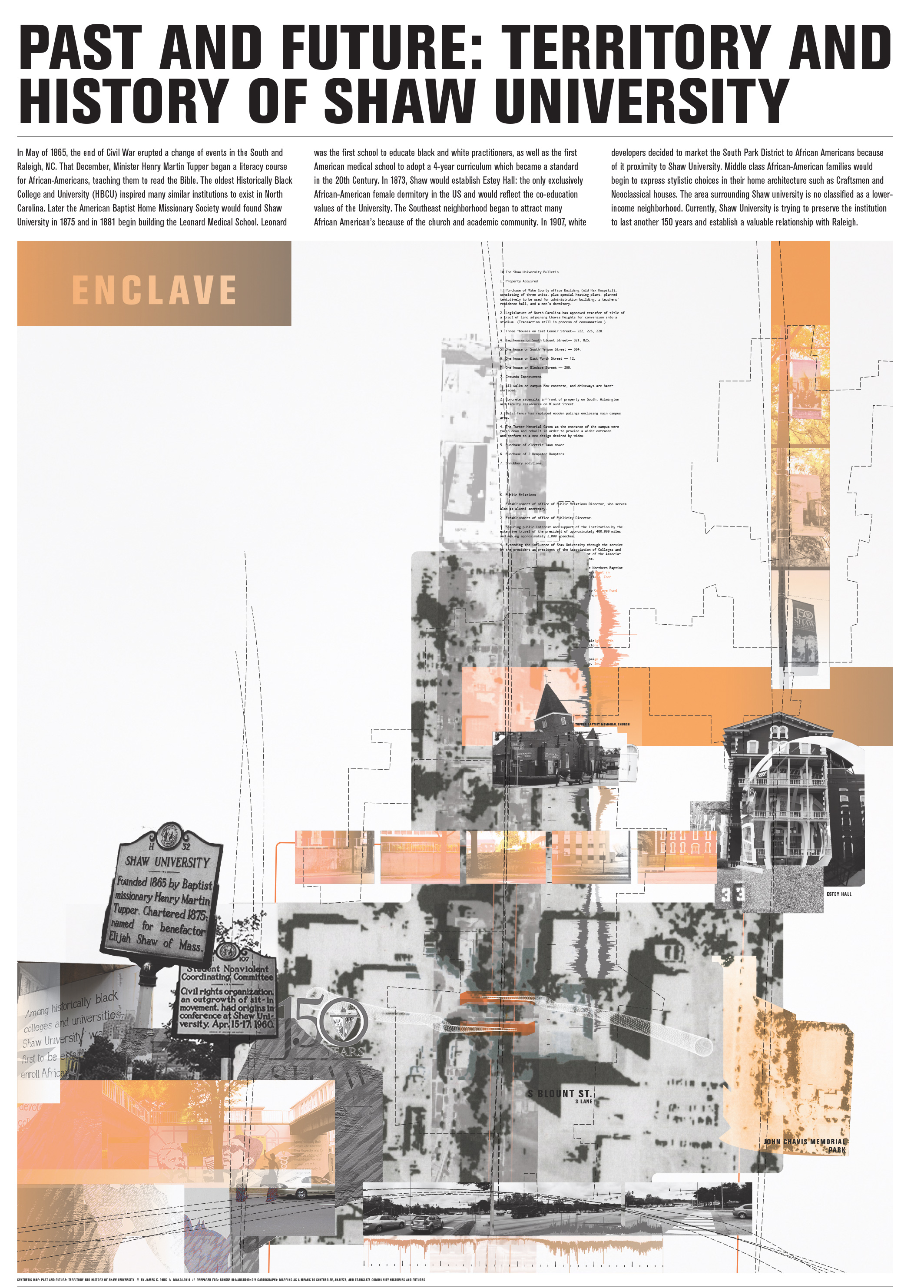 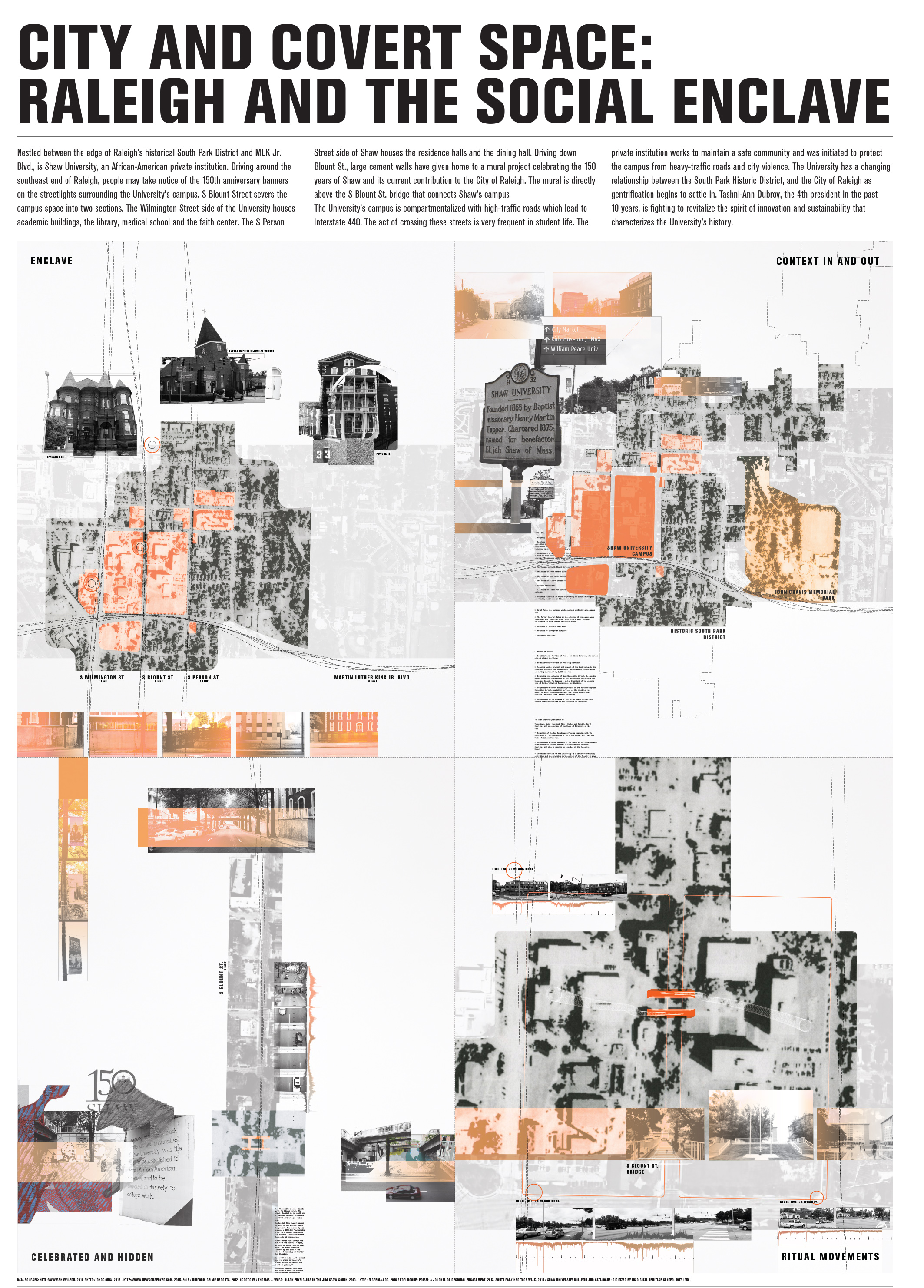 CITY AND COVERT SPACE: RALEIGH AND THE SOCIAL ENCLAVE

Nestled between the edge of Raleigh’s historical South Park District and MLK Jr. Blvd., is Shaw University, an African-American private institution. Driving around the southeast end of Raleigh, people may take notice of the 150th anniversary banners on the streetlights surrounding the University’s campus. South Blount Street severs the campus space into two sections. The Wilmington Street side of the University houses academic buildings, the library, medical school and the faith center. The South Person Street side of Shaw houses the residence halls and the dining hall.

Driving down Blount Street, large cement walls have given home to a mural project celebrating the 150 years of Shaw and its current contribution to the City of Raleigh. The mural is directly above the S Blount Street bridge that connects Shaw’s campus. The University’s campus is compartmentalized with high-traffic roads that lead to Interstate 440. The act of crossing these streets is very frequent in student life. The private institution works to maintain a safe community and was initiated to protect the campus from heavy-traffic roads and city violence. The University has a changing relationship between the South Park Historic District and the City of Raleigh as gentrification begins. Tashni-Ann Dubroy, the 4th president in the past 10 years, is fighting to revitalize the spirit of innovation and sustainability that characterizes the University’s history.