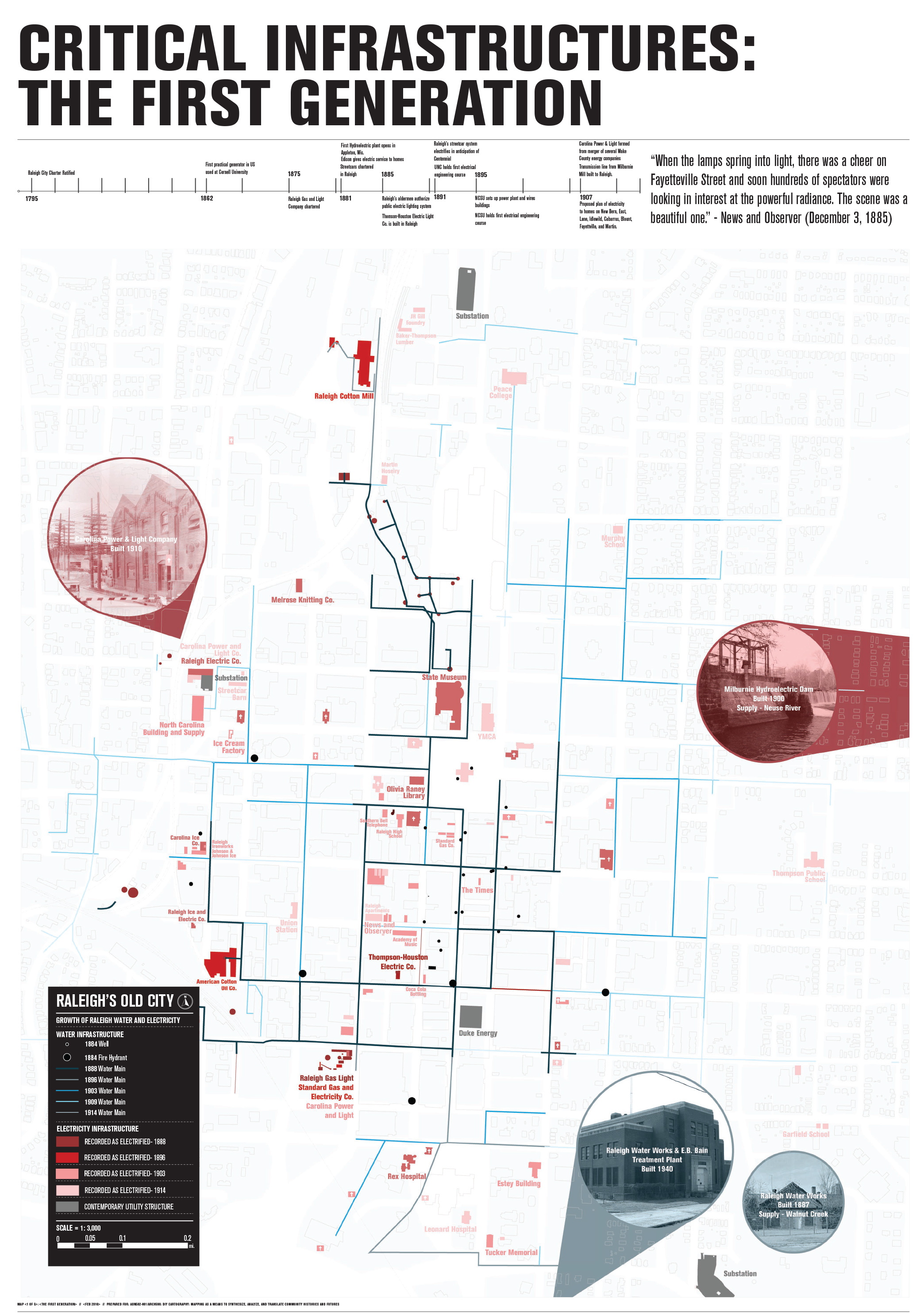 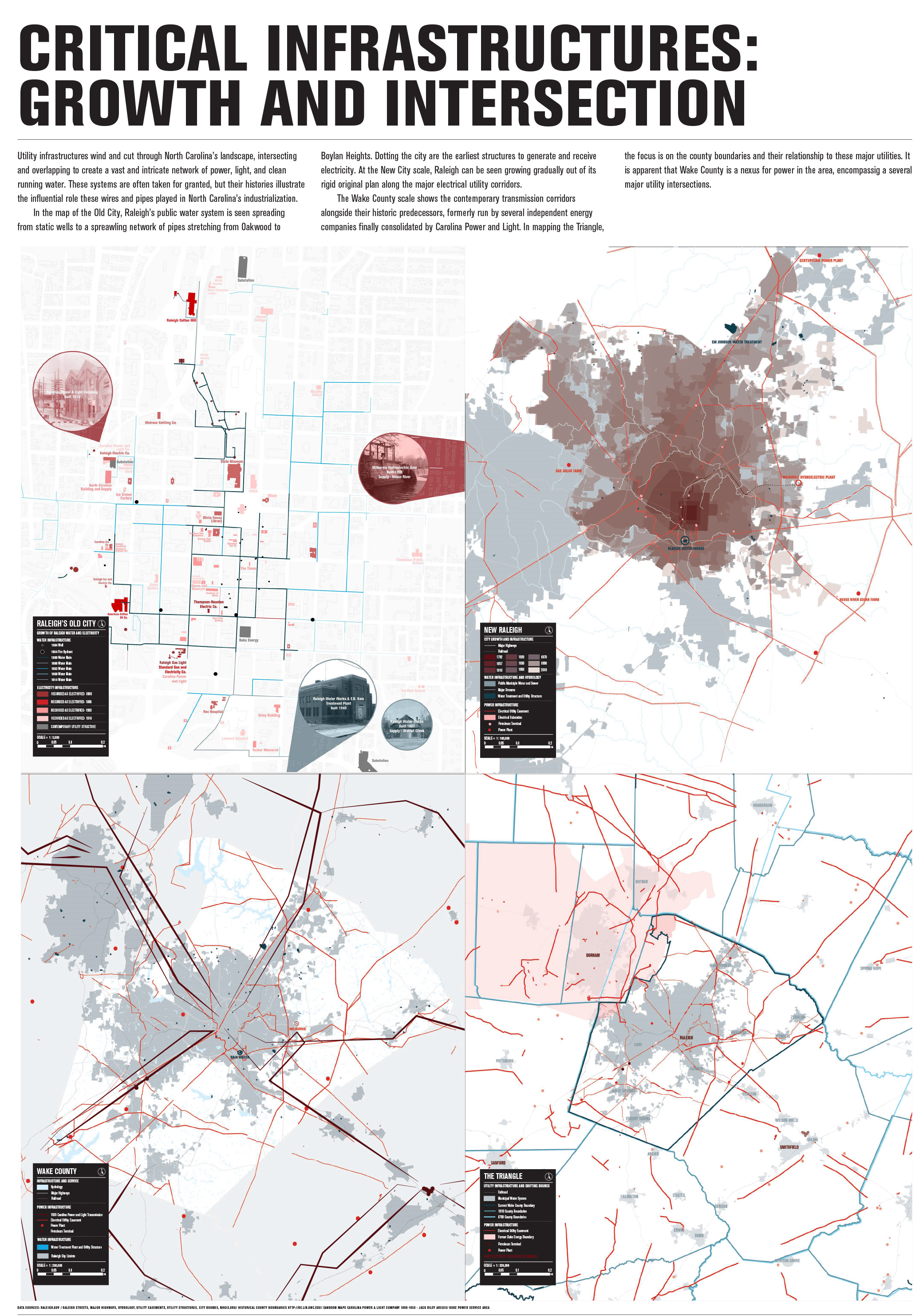 Utility infrastructures wind and cut through North Carolina’s landscape, intersecting and overlapping to create a vast and intricate network of power, light, and clean running water. These systems are often taken for granted, but their histories illustrate the influential role these wires and pipes played in North Carolina’s industrialization.

In the map of the Old City, Raleigh’s public water system is seen spreading from static wells to a spreawling network of pipes stretching from Oakwood to Boylan Heights. Dotting the city are the earliest structures to generate and receive electricity. At the New City scale, Raleigh can be seen growing gradually out of its rigid original plan along the major electrical utility corridors.

The Wake County scale shows the contemporary transmission corridors alongside their historic predecessors, formerly run by several independent energy companies finally consolidated by Carolina Power and Light. In mapping the Triangle, the focus is on the county boundaries and their relationship to these major utilities. It is apparent that Wake County is a nexus for power in the area, encompassig a several major utility intersections.