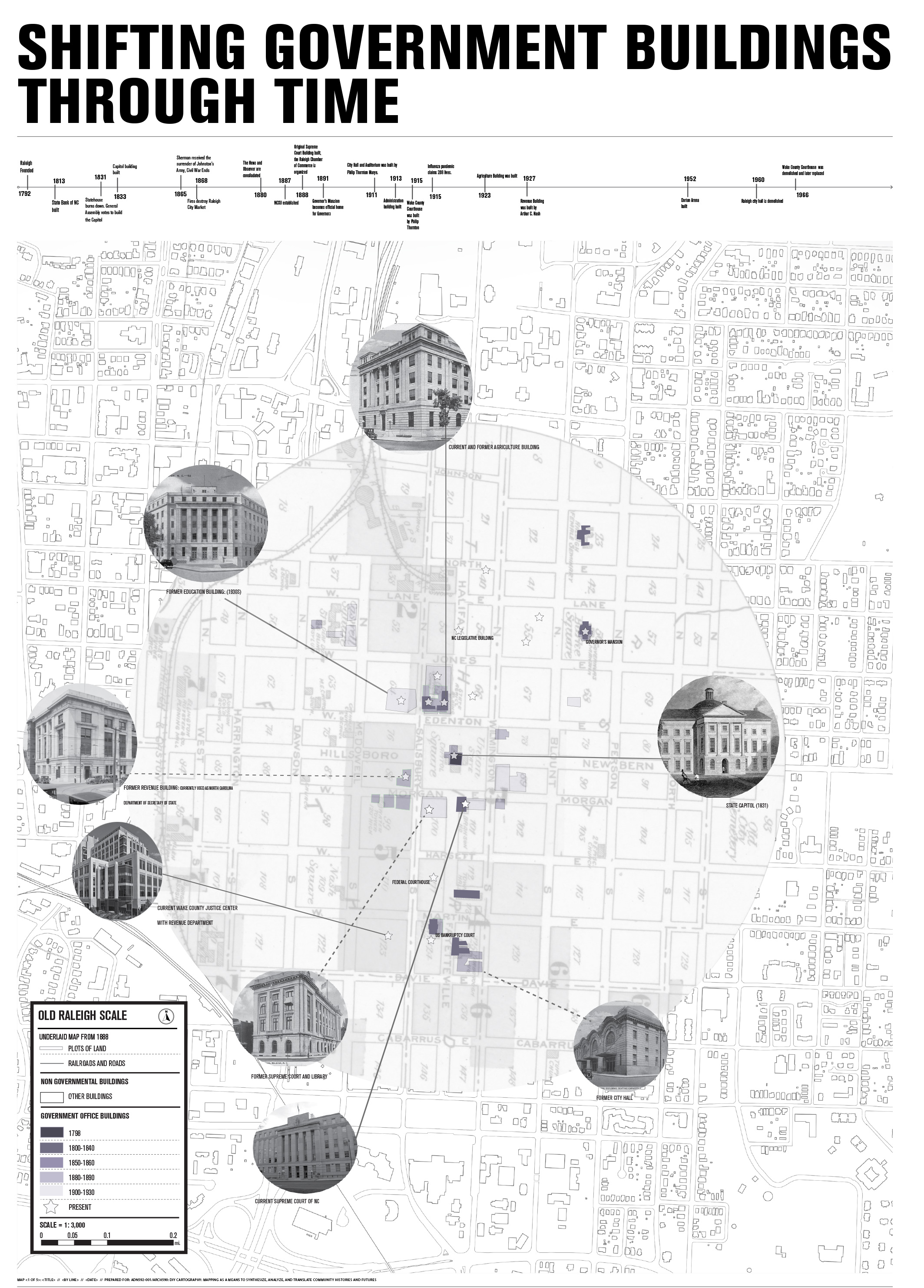 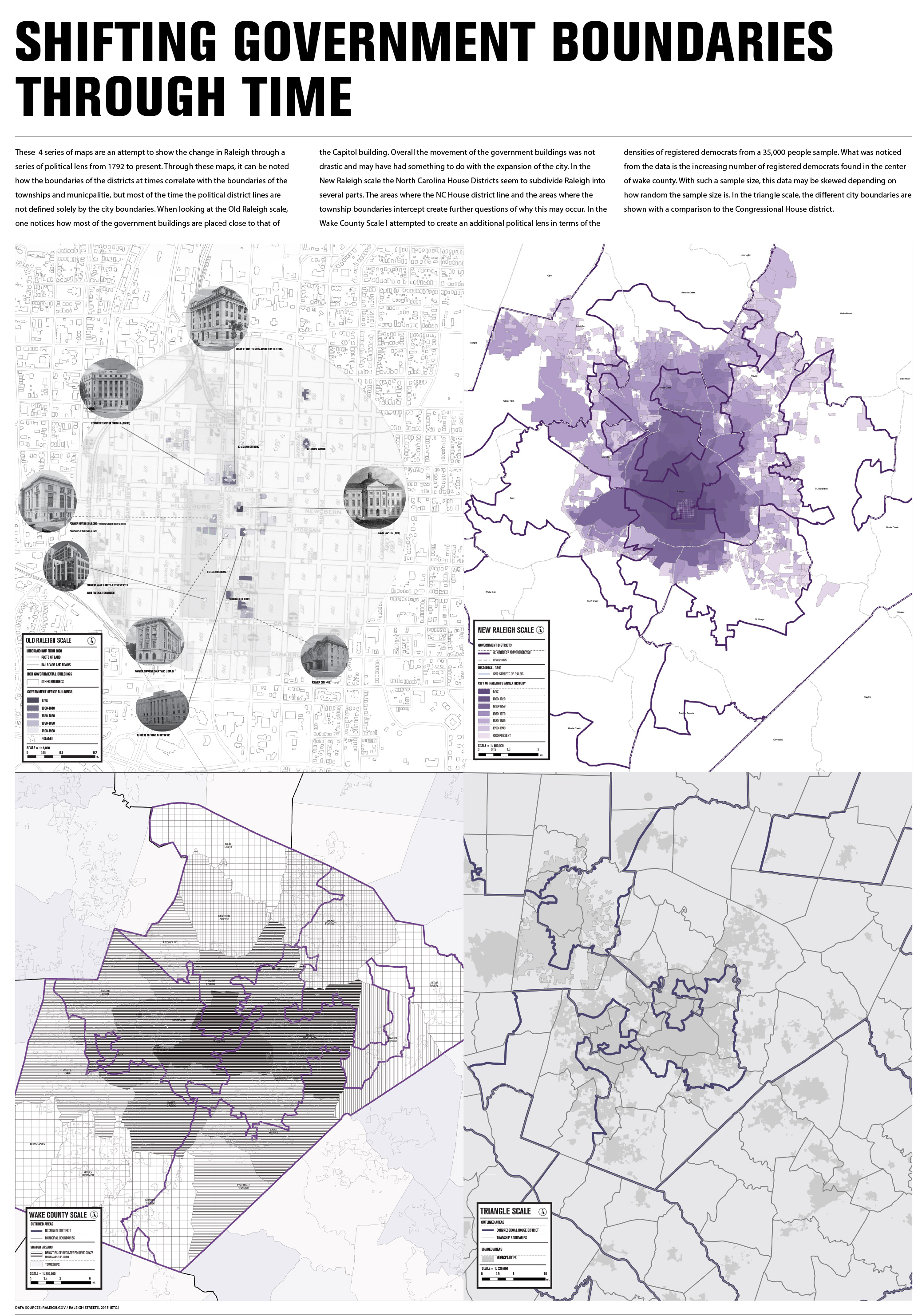 When looking at the Old Raleigh scale, one notices how most of the government buildings are placed close to that of the Capitol building. Overall, the movement of the government buildings was not drastic and may have had something to do with the expansion of the city. In the New Raleigh scale, the North Carolina House Districts seem to subdivide Raleigh into several parts. The areas where the NC House district line and the areas where the township boundaries intercept create further questions of why this may occur. In the Wake County scale, I attempted to create an additional political lens in terms of the densities of registered democrats from a 35,000 people sample.

What was noticed from the data is the increasing number of registered democrats found in the center of wake county. With such a sample size, this data may be skewed depending on how random the sample size is. In the triangle scale, the different city boundaries are shown with a comparison to the Congressional House district.