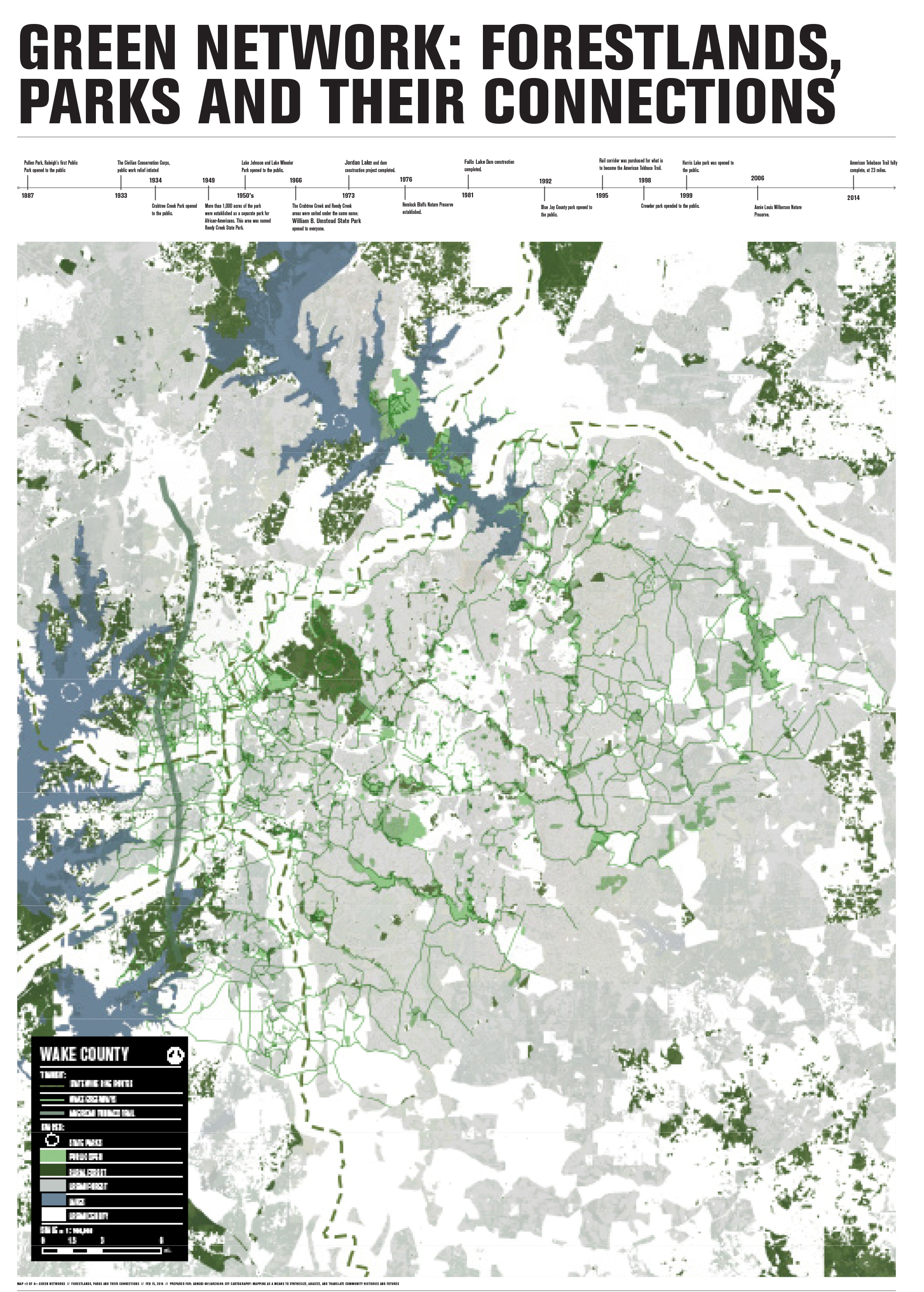 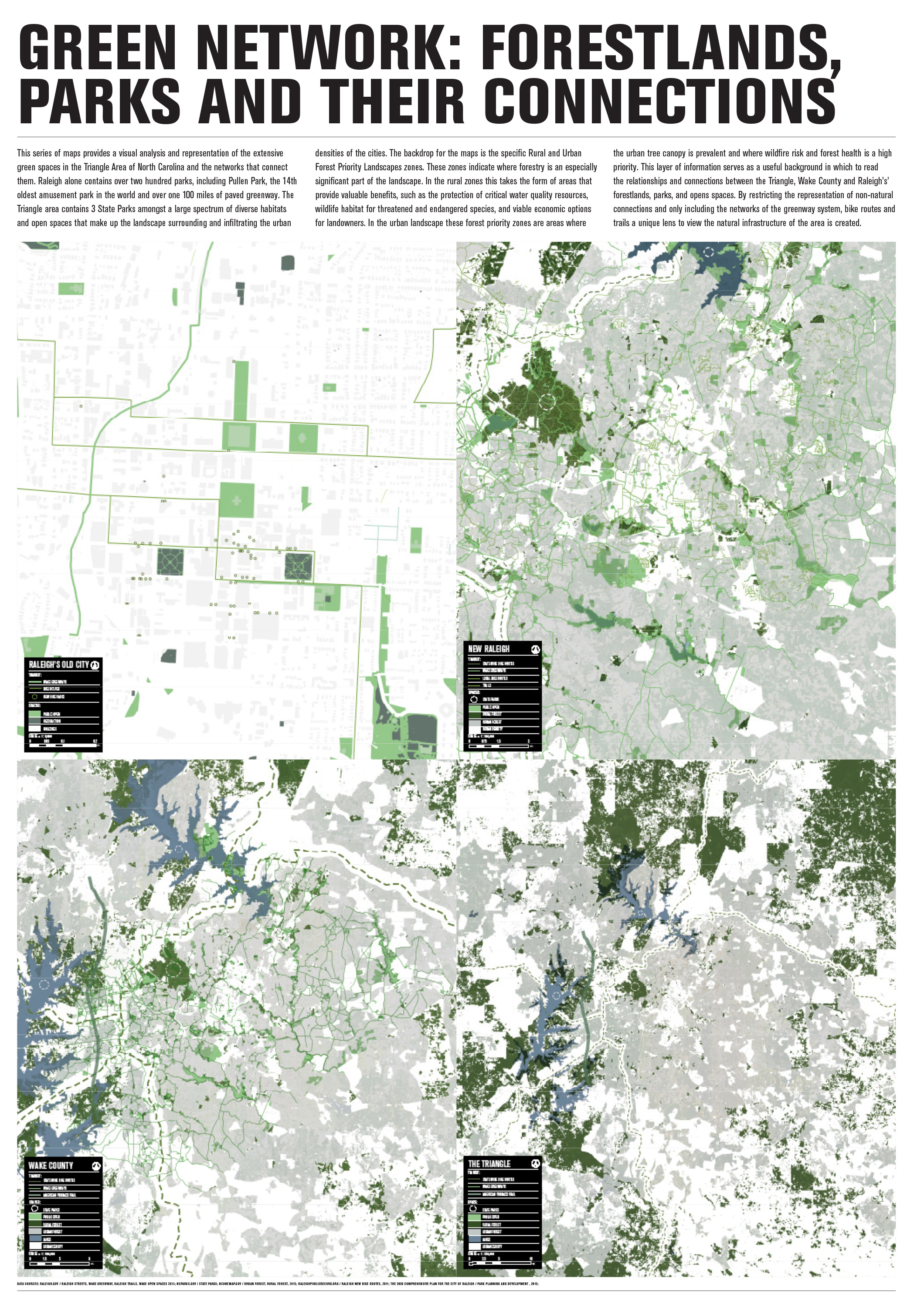 This series of maps provides a visual analysis and representation of the extensive green spaces in the Triangle Area of North Carolina and the networks that connect them. Raleigh alone contains over 200 parks, including Pullen Park, the 14th oldest amusement park in the world and over 100 miles of paved greenway. The Triangle area contains 3 state parks amongst a large spectrum of diverse habitats and open spaces that make up the landscape surrounding and infiltrating the urban densities of the cities.

The backdrop for the maps is the specific Rural and Urban Forest Priority Landscapes zones. These zones indicate where forestry is an especially significant part of the landscape. In the rural zones this takes the form of areas that provide valuable benefits, such as the protection of critical water quality resources, wildlife habitat for threatened and endangered species, and viable economic options for landowners. In the urban landscape these forest priority zones are areas where the urban tree canopy is prevalent and where wildfire risk and forest health is a high priority. This layer of information serves as a useful background in which to read the relationships and connections between the Triangle, Wake County and Raleigh’s’ forestlands, parks, and opens spaces. By restricting the representation of non-natural connections and only including the networks of the greenway system, bike routes and trails a unique lens to view the natural infrastructure of the area is created.